7 Reasons to Bring an Entourage to Open Mic 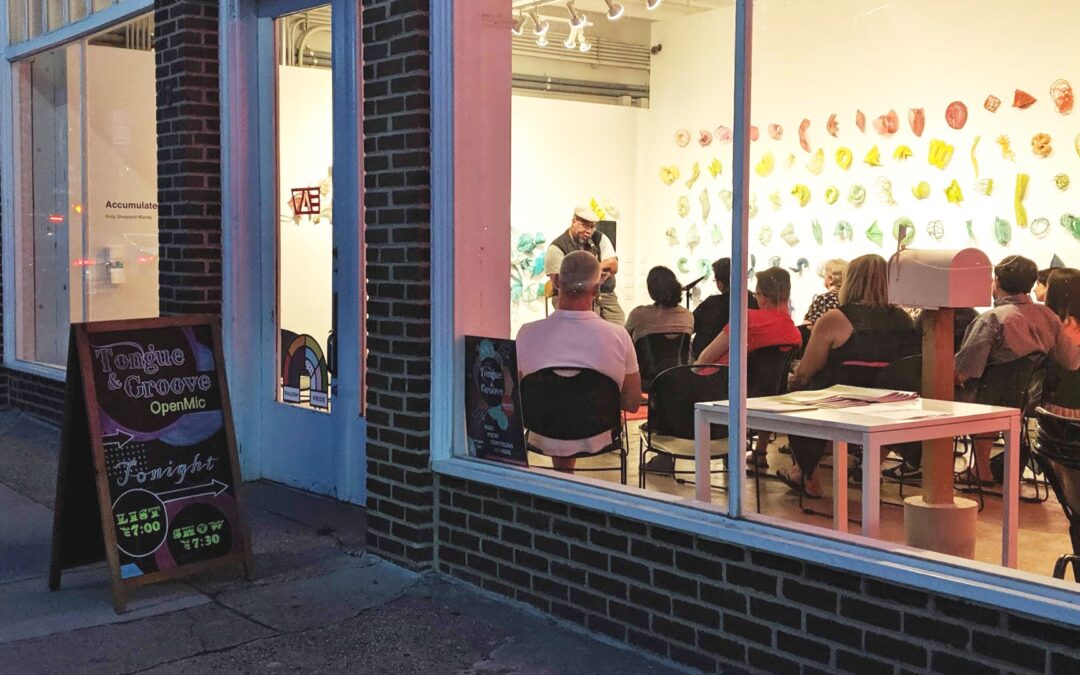 Scan an open mic audience and it’s a safe bet that at least half the people in the room are on the list to perform.

And if that’s you and you don’t already model during every performance the behavior you’re hoping for when you’re on stage, then check yourself. Like right now.

Because trust me, the host notices who leaves after his/her/their slot, who takes selfies during other people’s poems, and who blows in late every time in hopes that they’ll get the last slot of the night and can exceed the normal allowed time or song count.

The host notices, and the host thinks you suck.

But wait, this isn’t about you. Or them.

Why Every Open Mic Performer Should Bring an Entourage

This is about the other people who come to open mic. The ones who won’t be taking the stage. Specifically, the sometimes-awkward-but-always-supportive friends, lovers, roommates, neighbors, coworkers, moms, dads, etc. of the performers.

Sure, there might be other people in the audience, including

Some open mics and slams even draw what I’d call true audience—people who come expressly to see the show even thought they don’t personally know anyone on the list and aren’t gonna be taking notes for course credit. But that’s the exception.

The norm is an audience populated mostly by people rooting specifically for one poet or musician.

And if that sounds self-serving, it’s only because it absolutely and unequivocally is.

More importantly, it’s exactly as it needs to be.

By definition, an open mic stage welcomes the less seasoned performer. The one whose talent is still a work in progress and who needs more encouragement than critique.

An audience filled with goodwill and patience for that kind of vulnerability is precisely what a great open mic brings together.

Sure, we love it when the songwriter we assumed was a novice turns out to be a ringer. That’s always a delight.

But we’re here for the ones whose nerves trip over her frets or strip the once-memorized lines clean off her tongue. We came with the intent to applaud…just as soon as the performer gives us the cue.

(What’s the cue, you ask? See How to Do Open Mic, Get Applause, and Never Feel Awkward Again.)

So let’s say you’re a first-time open mic player and you’re not sure whether you want to bring some moral support. Or you’ve already got your entourage picked out but you’re not sure how to prepare them or how to express your gratitude for their willing spirit.

First, if they’re new to the scene, it might help to give them a sense of what to expect at an open mic. (Ditto for you as a performer.)

Then, let them know how much they, as audience, bring to the experience.

Not sure what that is? Here are 7 examples, in the form of reasons your open mic audience deserves a shout-out, a hug, and a toast with their drink of choice:

1. Thank you for filling the room.

Because until you’ve done enough open mics to learn how to make the most of it, performing to empty chairs is depressing as hell.

2. Thank you for listening.

For being the ears that make performing at open mic so much better than reciting poems to the bare walls of my apartment, my cat, or the trees lining my favorite greenway.

3. Thank you for making noise.

That social thrum of anticipation as a performer takes the stage feeds energy in through his ears, which he will gather and channel it into the song he’s about to share, perhaps for the first time.

The shuffle of chairs and feet in between poems gives the poet a few seconds of space to breathe. And that just might keep her from hyperventilating, passing out, and knocking over the mic, which would create an ear-wrenching reverb and, worse, create a narrative of stage fright that might deprive the world of a strong and original poetic voice.

4. Thank you for your feedback, whatever form it takes.

For your ready applause, of course, but also for your listening face.

See, we use you as part of our writing process.

If we see that listening face, if you clap, snap, or spontaneously hoot after a line or tap your foot to the music, we know we got something right.

Conversely, if you’re checking your phone or the applause sounds a little too polite, we know we’ve got more work to do.

5. Thank you for capturing our moment at the mic.

For taking pics or video and texting them to us. Even if we never share it, we’ve got a record of the night we dared to do something altogether new and, for some, terrifying.

(Pro tip: Take more than one photo. It’s really easy to look like a doofus with your mouth open.)

And if everyone is comfortable with it, bonus thank-you points from the event organizers for posting it to IG (or whatever platform) and tagging the event. Open mics are run by volunteers and can use all the free promotional love they can get.

6. Thank you for saying something as we walk off the stage.

The long steps back to our chairs are better if we get eye contact and hear someone say, “Nice job.”

And if you can’t catch ’em right after their slot, thank you for saying something after the show was over. Especially if it was specific.

Anything to let us know we made a connection.

7. Thank you for staying as long as you can.

Open mics often fall on a weeknight and sometimes they run late. For some performers and audience members, the next day’s work or early class beckons and they’ll have no choice but to slip out before the host gets to the end of the list.

For those who can stay to the end and do, thank you for giving the poets and musicians who signed up on the bottom half of the list an audience too. For all the reasons above, they deserve one.

We’re especially grateful when you stick around.

Bottom line: Every performer on the list will have a better night if each one of us brings a friend.

So whether you’re a first-timer or regular, call in a solid with your sister, lover, roommate, roommate’s brother’s lover—any adventurous heart you’re lucky enough to know.

You may inspire in them a love for the random delight that is an open mic show.

Or, even better, you may find that they’ve been carrying a poem in their pocket or a song in their soul that just needs a little encouragement to set free.