By Way of Introduction: What to Say When You Take the Open Mic Stage 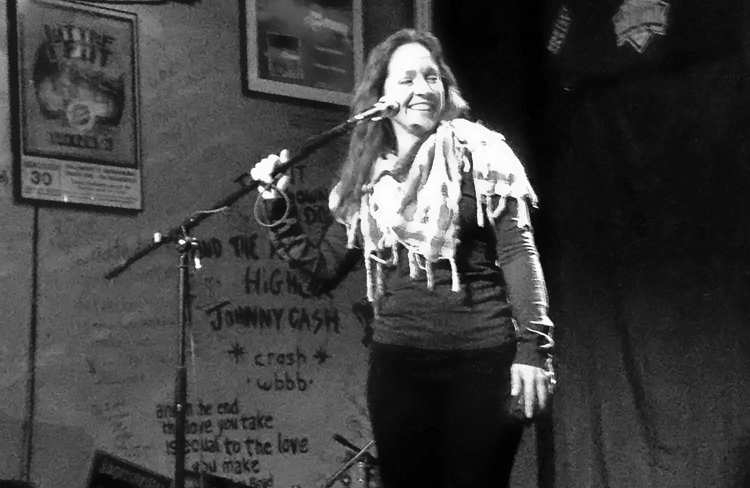 In the last 6 years, I’ve probably gone to more than 50 open mic nights. Each night featured anywhere from 2 to 20 performers. And depending on format, those performers may’ve stepped to the mic as many as 3 times.

Throwing out extremes and giving it my English major’s best at the math, I’ve probably heard poets and musicians introduce their work somewhere around 500 times. So while you’ll never hear me claim to have seen it all, I reckon I’ve seen a lot.

And I have thoughts.

This is a poem called [title] that I wrote [adverbial phrase connoting a time in the past] when I was [vague reference to a life event of an at least semi-tragic nature].

The worst of us work them all in. And it’s just as anxious and tiresome as it sounds.

If Not That, Then What?

If I sound judgmental, my beloved poets, it’s because I am. I mean, are we not writers? Devotees of verbal volleyball—the set-up and the spike?

If you aspire to doing better by the audience (and thus, by yourself) start by asking a couple questions:

With that out of the way, now ask yourselves: What’s the most effective thing I can say before my poem? Do I need to introduce a concept? Seed an image or thought that will help the audience relate?

If the host didn’t do it for you, your best intro might be of yourself rather than your poem. Your name, where you’re from, something appreciative (but not obsequious) about the venue or the audience or the poet who preceded you.

If you can connect your poem to something said by anyone who came before you on stage, by all means, do it. It shows you came to listen. It reminds the audience of something they just heard. It helps tie the night together (which is really the host’s job, but anything you can do to help will be hugely appreciated.)

Take care not to pander to the bartenders or baristas. No Oscar speeches. And for the love of Apollo, no dedications—unless it’s a clever (but not obsequious) inside joke for the host and the regulars.

Be positive, poets, and be real. Real as plastic folding chairs, noisy milk frothers, pool tables, and bad waitresses. Because that’s what your audience is contending with in their struggle to hear you.

He walks up the the mic and makes some kind of small motion—scratches his head, tugs at his shirt hem, fumbles just enough to give the audience time to notice and wonder whether he’s going to crack. We fear for him…just a little.

And then he just launches right into the first line—strong voice, strong pacing. Doesn’t even tell us the title. We keep up or we get left behind. And audiences, they like a chase.

No, it doesn’t work for every poem. But it can be incredibly effective for one that can stand on its own.

So Give It a Shot, Poets…

Trust your poems and your poetic voice. Stop apologizing or asking for favors.

You wrote it. We came to hear it. What you say before you say it makes a difference.

Give us everything we need, but make damn sure to stay out of your own way.