The slam and open mic at The Green Mill wasn’t the first out-of-town open mic I hit, but it did happen before I officially declared my goal to get to one in every state.

It was a crazy-lucky coincidence. One of those things that comes together easy…

I was on work travel, did a quick online search, and discovered that the man who started the whole slam thing back in the ‘80s—Slampapi Marc Kelly Smith—still hosts one every Sunday night.

And I happened to have Sunday night free.

My colleague was game, so after a fabulous Ethiopian dinner across the street, we went. Got there too late for me to read during the unjudged open mic, but I was damn surely not leaving without having read on that stage, so I signed up for the slam.

We sat down front and she got picked to be a judge (at least partly on the strength of my recommendation that she would take no BS). Watching how much fun that turned out to be is one of the reasons I love a good slam. 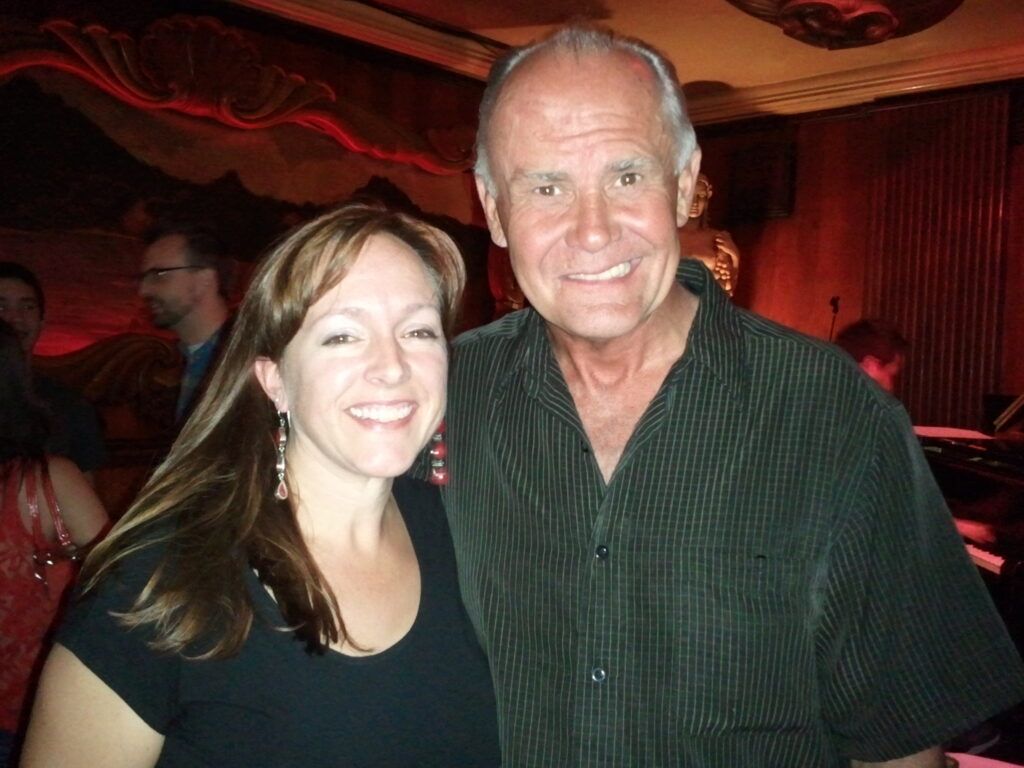 There were two featured performers, whose names I’ve lost in mental dust but whose poems I still remember—one in particular about crushing on a barista, another in honor of Chicago’s Pride Parade that week.

The Futz Band Plays Your Adjectives

Aside from Smith pitching a full-blown fit when a woman took a cell phone call during one of his poems, the most memorable element was The Futz Band. That night, there were 5 musicians—piano, bass, drums, guitar, and sax—who would offer to play behind each poet, riffing off nothing more than a list of adjectives or vignettes.

Play a lonely walk down a city street at night. Play a cocktail party. Play a dice game.

What they made out of such little information and how they kept it together was incredible.

When my turn came, I didn’t know what to tell them, so I forewent what I consider now a precious opportunity to hear what my words sound like without words.

I wish I’d known what to do with them.

And if I make it back, I swear that by then I will.