How to Do Open Mic, Get Applause, and Never Feel Awkward Again 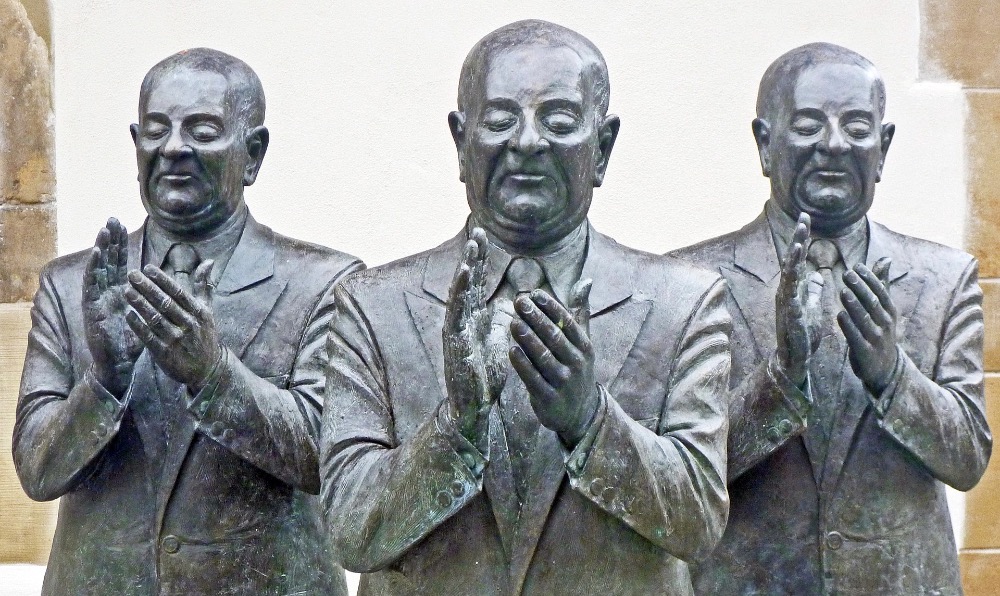 A while back, I wrote about how to introduce yourself and your work at an open mic. This post is that post’s bookend.

Open mic poets (and musicians and storytellers and comics) are an earnest lot.

We’re amateurs and we know it—amateurs who aim to get better, simultaneously, at art and craft and style in hopes of doing right by our poems (or songs or stories or jokes) and creating an ephemeral moment that connects.

Okay, some people are just doing it on a dare.

But even for them performing is a Goldilocks challenge of

All this we learn by doing—staring all the while down the barrel of a roomful of strangers staring back at us.

Once you’ve done it a few times, all that gets much easier.

But there are a couple things even regulars seem to learn only slowly and that, with forethought, can make your time at the mic ever so much better—for you, the host, and the audience.

First, there’s what you say before your poem/song/story. The typical intro pretty much sucks and there’s lots of better ways to go about it.

Second (or rather, last), is what you do and say after each piece and at the end of your set. Get that right and I can almost guarantee success every time you step to the mic.

A successful open mic set is one that performer, audience, and host all feel good about.

Ergo, a successful set of open mic is one that gets applause.

Now that we agree on the essential premise, what we’re looking for is the key to that last bit.

I’ve seen it countless times across 9 years of attending and hosting open mics: The performer finishes and fails to do this one thing and the audience squirms and the host is baffled and then the performer nervously dives into her next poem or pretends his guitar needs tuning or shuffles off stage and it’s everyone’s worst open mic fear come true.

But you, my fellow performers, can prevent it every time by just…

Yes, seriously. Not very. And here’s why…

They’re on your side.

This is not Showtime at the Apollo. There is no gong. No Vaudeville hook.

Shit, most events have actual rules about respecting the mic and the performer, not booing, not heckling, and not being a dick.

Yes, there’s often a timer and some hosts will cut you off if you run long. But the best of them (like Drew Law at Busboys & Poets) even do THAT with applause.

And yes, if you’re at a slam like the Nuyorican or Mic Check in Texas, there are 3-5 people out there judging you and they’re gonna hold up the scores for everyone to see. But even then, the rest of the audience totally wants to clap.

There is, however, a catch: The audience also doesn’t want to interrupt you. That’s how on-your-side they are.

And that’s precisely why, if you wanna avoid all that awkwardness, you can’t leave them wondering whether you’re finished.

Pausing may sound simple, but it’s not easy. Most humans default to filling silences, not creating them. Not even for a few seconds.

So keep yourself busy while you’re creating a little space, and give the audience an undeniable micro-signal that it’s time to set down their beers and clap.

But Anna, What about the Badass Exit?

For those who’ve been binging on Button Poetry videos, yes, you too can left-face and stride off stage, leaving the audience to applaud the righteous space you carved out and vacated like a cartoon character running through a wall.

BUT ONLY if your poem ended on a thick, hot note AND you’re at a slam AND on a true stage with curtains and wings. Because otherwise, you’re gonna bump into a barista or trip over a sculpture or march straight into the ladies room and that’ll be the limit of your badassery, right there.

So unless you’ve scouted the scene and are 100% sure you can pull it off, stick with a simple pause at the end of each piece.

The Trick That Works Anywhere

I’ve seen The Pause work at open mics across 31 states—big cities and small artsy towns, purpose-built theater venues and grilled cheese shops and heavy metal bars, and at places where the list is full of electric guitars and comics alike.

If you want everyone at your next open mic performance—especially you—to leave happy, all you gotta do is let the audience know that your last word was your last word and it’s their turn to give back.