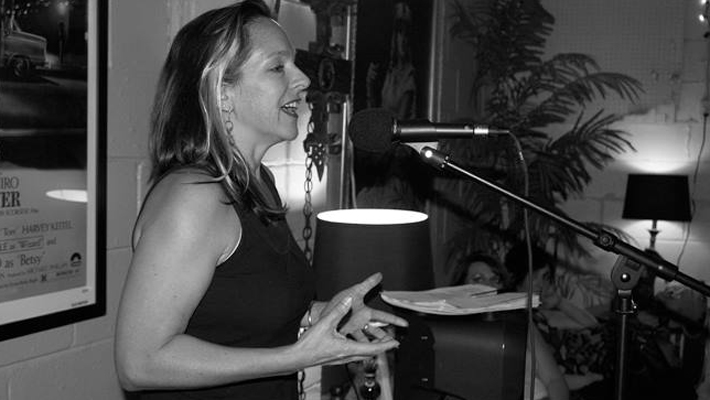 It’s been a while since I hit what must be the most gothic open mic in Nashville (if not the known universe)—long enough that they’ve changed venues and are no longer in the basement of a vintage clothing boutique. A basement with a no-shit throne and a side theater where they showed B movies and documentaries and other oddities.

I can’t speak to their current location, but I hope it’s at least half as unusual.

Hosted by DNR Publishing and the only open mic I’ve been to where they actually take a collective smoke break, the Night of Free Speech was fantastic in the original sense. Proof that open mics and expectations just don’t go together.

I went twice and was impressed by the tight community of the organizers and their open mic faithful, as well as their hospitality to an outsider (allbeit one with a mutual friend in company).

The host, Honest Lewis, seems utterly unfettered by self-consciousness or nerves, with an unsubtly hostile tone in his poetry and fiction. The kind of host who mixes things up. Who appreciates the audience but goes out of his way to encourage participation.

Read an interview with Honest Lewis about open mics, hosting, and playing steward to a creative community.

Like most such gifted hosts, he’s backstopped by an organizational powerhouse of a woman who manages the list, does the promotion, and probably handles a dozen dozen other things you’d only notice if someone wasn’t doing them.

The nights I went, most of the performers brought fiction or poetry—nothing too lyrical but no straight slam either, which makes for a nice alternate to the easier-to-find slam nights and literary readings. Their format openly welcomes rants and manifestos, and I recall some random storytelling, as well.

The structure gives each reader ample time at the mic and, if everyone’s game, they even run around the list a second time for good measure.

I, for one, plan to go back just as soon as I can.

For the welcome. For the weird. And, always, for the wanderlust.