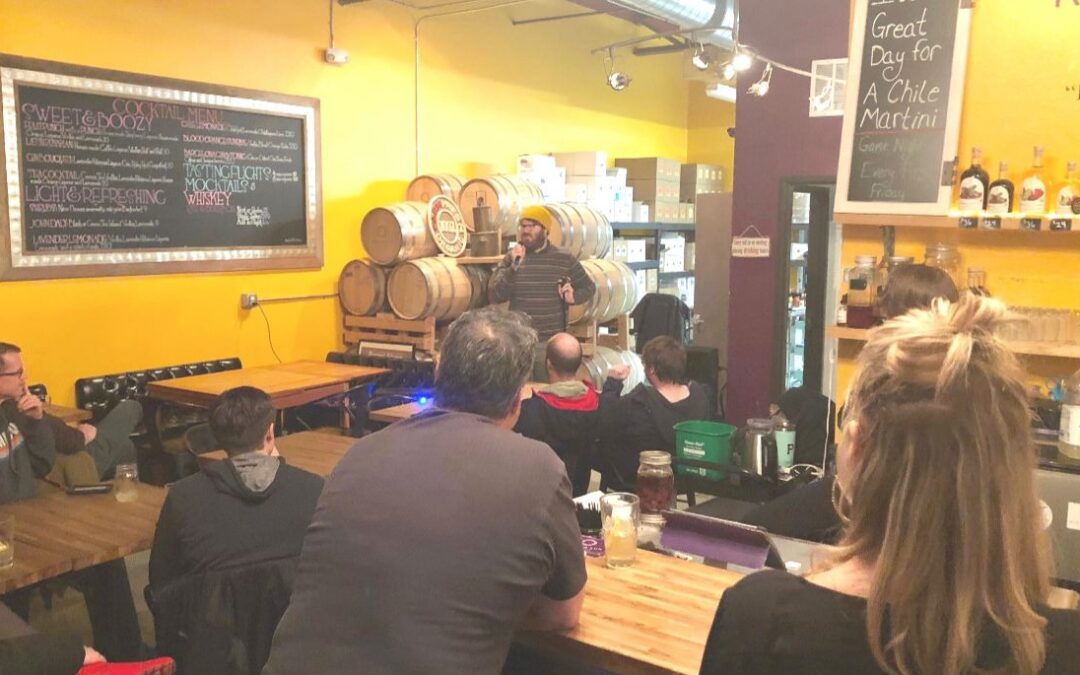 I’ve said it before and I’ll surely say it again: Open mics are ephemeral.

What happens there—whether there is Seattle or Gainesville or New York City or Paducah—on any given night hasn’t happened before and won’t happen again.

By showing up, to perform or to listen or both, you change its course and become part of the art yourself. Kinda like that giant installation at the Louvre, whose alternation—and this is important—apparently didn’t dismay the artist one bit, despite what the headlines called it.

It was kinda the point, actually, same as it is with open mics.

But where transience gets sad is when, sometimes, an open mic stops happening altogether.

Since I started this quest, a handful of the events I’ve been to have ceased to be a thing.

Cory’s Grilled Cheese in Charleston closed down and took those awesome jam sessions with it. Nashville’s Night of Free Speech had to move when Logue’s Black Raven Emporium (which I still love saying out loud) closed down and, after bouncing between a couple different venues, has more or less disappeared from the Internet.

And that one in Maine, which still makes me a little cranky if I dwell on it, never really was.

And I’m sorry to say that it seems to have happened again. This time, to the open mic I hit just last month at a fantastic boutique distillery called Rising Sun in Denver.

It was a fine venue with a funny host and killer cocktails. Mostly comics…well, all comics, save me and a kid playing Fogelberg tunes. An appreciative and colorful audience, friendly enough to point me in the direction of another event that very night just around the corner and 4 blocks up.

What It Takes to Sustain an Open Mic

I get it, though.

It takes energy to sustain a thing. To keep up the website/Facebook/Instagram, print posters or business cards, and hire the skywriter. To schlep the sound gear, print the sign-up list, remember the pens and the hat for donations, set out the chairs, program the robots, train the monkeys, and and and…

(What, your open mic doesn’t have a hat? Well, that’s your whole problem.)

And if it’s not that, it can just as easily be something else.

Venues close or change their schedule. Hosts leave town. Hell, my own open mic had to take an unplanned hiatus for some/all of those same reasons.

So this time, all I can offer is the too-short story of an open mic that once was and is no more. At least for now.

But here’s hoping this is a temporary hiatus for them too, while the host finds a new location or the distillery finds a new host or whatever.

And in the meantime, if you’re in Denver on a Wednesday anytime soon and looking for an open mic, there’s still the Mercury Cafe…