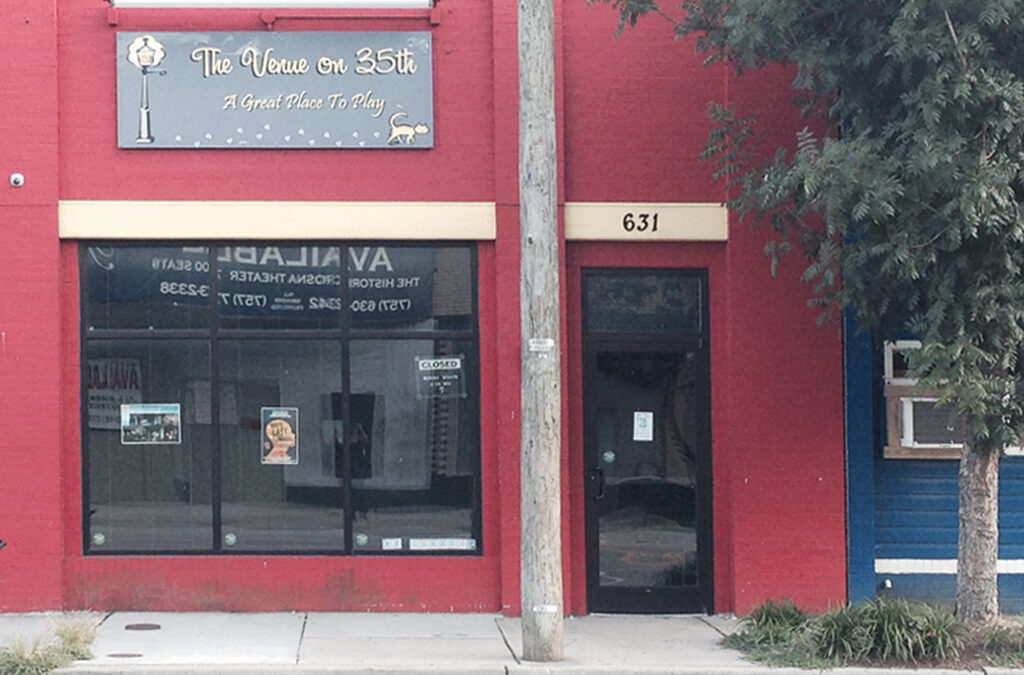 My first preference in any city is an open mic with some legs. The one that’s been around the longest. At 8 years running, the Venue on 35th definitely has the record for Norfolk, probably Virginia, and for all I know the Eastern Seaboard.

The Venue itself is a community arts center where they teach workshops like “Acting for Poets.” Anchor tenant in a neighborhood on the verge of something. With a host, Jorge Mendez, who puts on a master class in open mic hosting every week.

Meet the Host: A few questions about open mics and tips for hosts from Jorge Mendez

Not that it needs more local love—their standing Monday night come-one-come-all is so popular, they add stage seating to keep the aisle clear for the fire marshal.

The night I went, the room was full of regulars—as it should be. People with stage names like God Childe and Life in General. Poets, rappers, singers, more comics than usual…and way more funny comics than I’ve come to expect.

Unlike most open mics I’ve been to, they had a lot of what I call True Audience—people who come just to listen. People us performers really owe some thanks.

There’s usually no way to tell how an open mic will go, but I had a feeling this one would be good when the hosts told me the stage kitty’s name was Aesop. 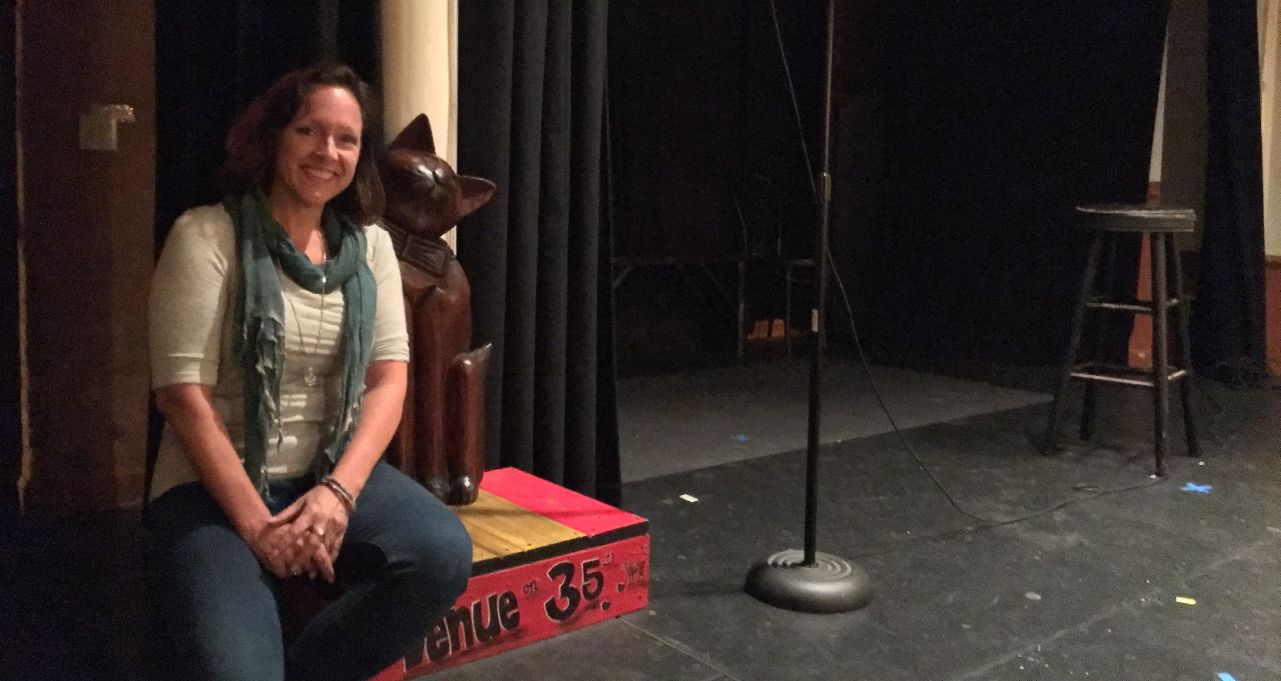 That feeling was confirmed a few minutes later, when a handsome Black man in the sharpest-starched shirt I’ve seen outside of Oklahoma cowboy bars walked in wearing a chunky silver necklace and a snare drum.

None of this surprises me anymore. Hell, it’s the whole reason I do this thing—the ultimate variety show with the default set at acceptance. Fabulous, in the original sense.

I swear, if open mics had a motto, it would be something like “show us what you got” or maybe just “your turn,” or “we’re listening.”

Sadly, I learned only after my poems were over that petting Aesop on the way up the stage step was a thing.

But you best bet I stroked his lucky wooden head on the way out.