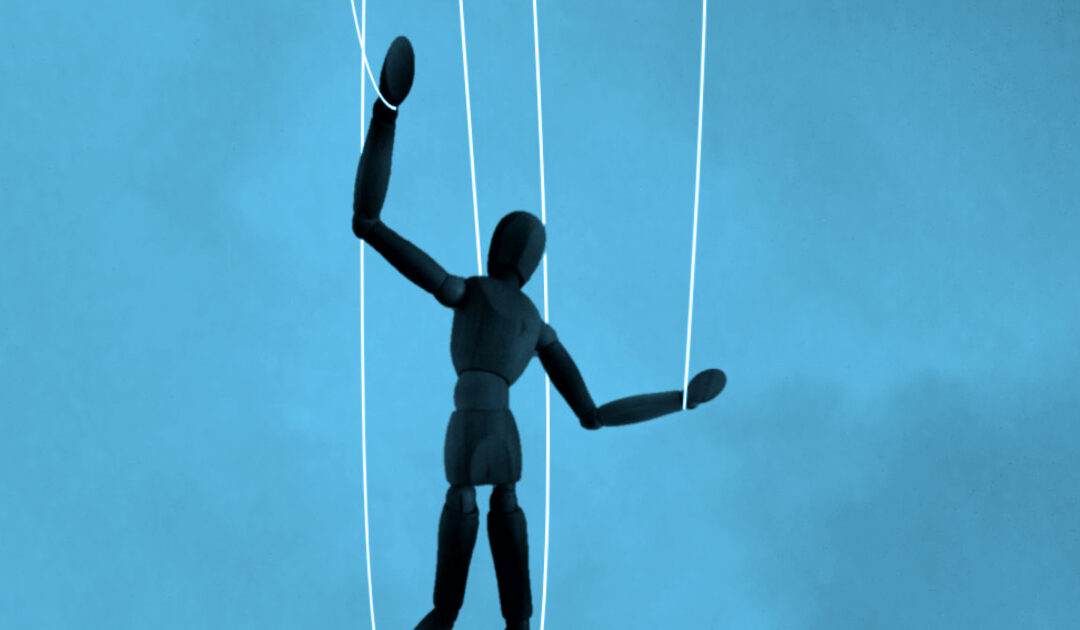 So I read this book semi-recently called How to Do Nothing.

It wasn’t actually about doing nothing. More like the deliberate not-doing of a certain kind of thing.

The kind of thing we don’t decide to do, but rather fall into when we’re not paying attention. Not so much because we were careless, but because some asshole put a trip hazard right where people have to walk.

That is, when someone hijacked our attention for some commercial or other purpose that runs counter to our peace, happiness, or self-determination.

How to Do Nothing is about guarding ourselves against influencers and other would-be mental hijackers. And it’s about not letting ourselves be shepherded into doing things in the name of productivity or usefulness.

The subtitle of this hella-mazing instruction manual: How to Resist the Attention Economy. 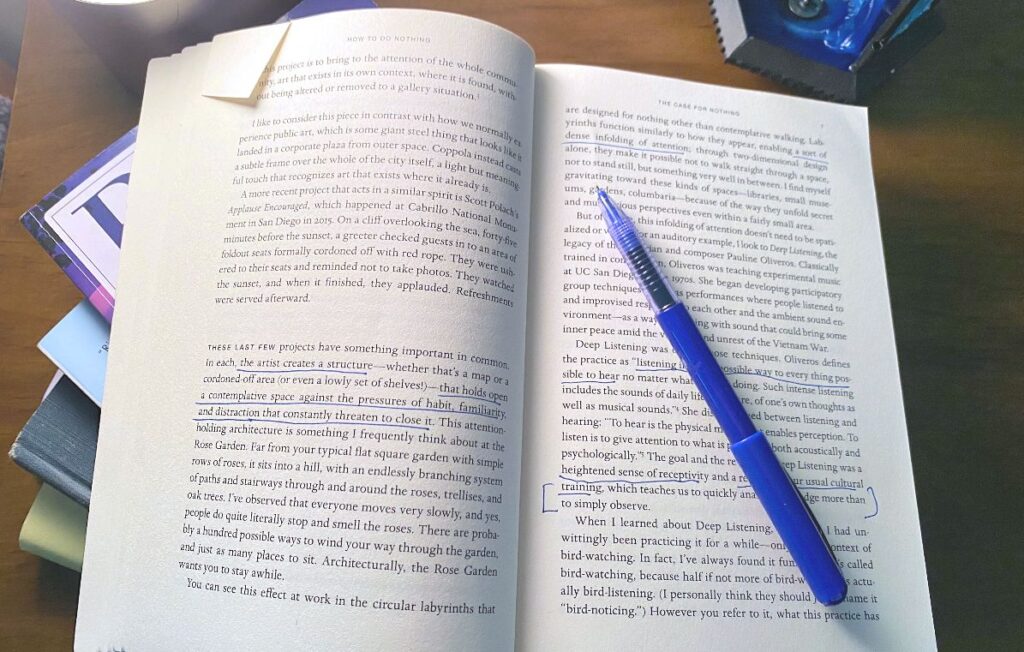 My copy is riddled with underlining and enough dog ears to fill a kennel. Not just because its author, Jenny O’Dell writes killer lines (she totally does) or because I’m personally furious about the attention economy (which I totally am). But because O’Dell’s description of the resistance—which she foments through radical acts like sitting in public parks—also describes open mic.

And because, like all poets, I’m angling for a closer seat to the revolution. Maybe not the front row. Maybe not the mosh pit. But not the balcony either.

Open mic is the resistance

O’Dell and I share open dismay over things like lifehacks and advice about how to crush your morning and win the day. The kind of thinking that presumes life can and should be optimized in service of productivity—after first presuming that productivity equals happiness or is, at least, a requisite precursor.

What O’Dell recommends, by way of resisting this Borg-like obsession with efficiency or effectiveness or habit-stacking or insert-lifehack-buzzword-here, is to take up the practice of doing nothing. That is, to do the kind of something that “cannot be used or appropriated, and provide(s) no deliverables.”

Open mic is not a life hack

Open mic is decidedly not a life hack. It will not make you efficient. It will almost certainly not help you produce anything that a capitalist would value. It’s not a commodity.

To invoke O’Dell’s ideal type of nothing to do, open mic is “substantive, sustaining, and absolutely unprofitable to corporations.”

Open mic defies algorithm. It is simultaneously individualistic and community oriented—each performer gets time at the mic and then sits back down to listen and engage as a member of the audience.

In this way, even on Zoom or Instagram open mic is embodied. To get the value, you must be present. There is no other way.

If you miss a show, you cannot recapture that same opportunity after the fact, because the point is not to consume what happens at open mic. The point is to co-create it—even if you don’t perform. And that means showing up live, in the carnality of your very flesh.

Because your presence is required and because open mic unfolds only as fast as time itself, it’s a singularity. It’s hyper-local and cannot be scaled. It is poetic (and musical and storied).

Jenny O’Dell and I also share dismay over social media and what it’s done, with malice aforethought, to decimate our ability to read deeply, converse meaningfully, and successfully pass a few minutes without a numbing dose of dumb videos and reductive memes.

Social media is food for our shallowest selves. Surface thinking. Consumerism. Fickleness. It traps our attention in a constant state of flickering, alighting but never sinking into any idea or event or person.

In stark contrast, open mic demands of us some depth. Not just depth of attention but depth of thought. Open mic is engineered to make listeners of us, and what we hear often questions our habituated ways of seeing and thinking.

This can be jarring and it can get awkward, no doubt. But that unsettling is one of the chief gifts an open mic offers to anyone who comes in and takes a seat.

Social media gives us more of what we already know or like. Open mic introduces us to other worlds. Welcome, says open mic host and performer, to not-your-comfort-zone.

Open mic creates a space and defends it—with benevolent peer pressure and house rules to respect the mic—against digital distractions and the kind of habits we resolve periodically to break.

In this way, open mic feeds our aspirational selves. The open-minded adventurers and attentive listeners we want to be.

Double-down on being human

So if you aspire to a diet of ideas that transcends your feeds, if you’d like to see how it feels to deliberately and willfully pay attention to something that enriches no corporation, find and attend an open mic local to you.

Let yourself be shaped not by ads or bumper sticker-esque posts, but by real-time interaction with quirky people and their quirky ideas.

Show up and be present. Listen. Connect. Let the words of a poet or musician or storyteller penetrate your headspace and threaten the status quo of your assumptions.

Take advantage of the opportunity every open mics offers: To do nothing productive. Nothing commercial. And in so doing—or rather not doing—to give the finger to any corporation who would profit from your attention.

Go to an open mic and (to invoke the words of my favorite techie iconoclast Jaron Lanier),“double down on being human.”