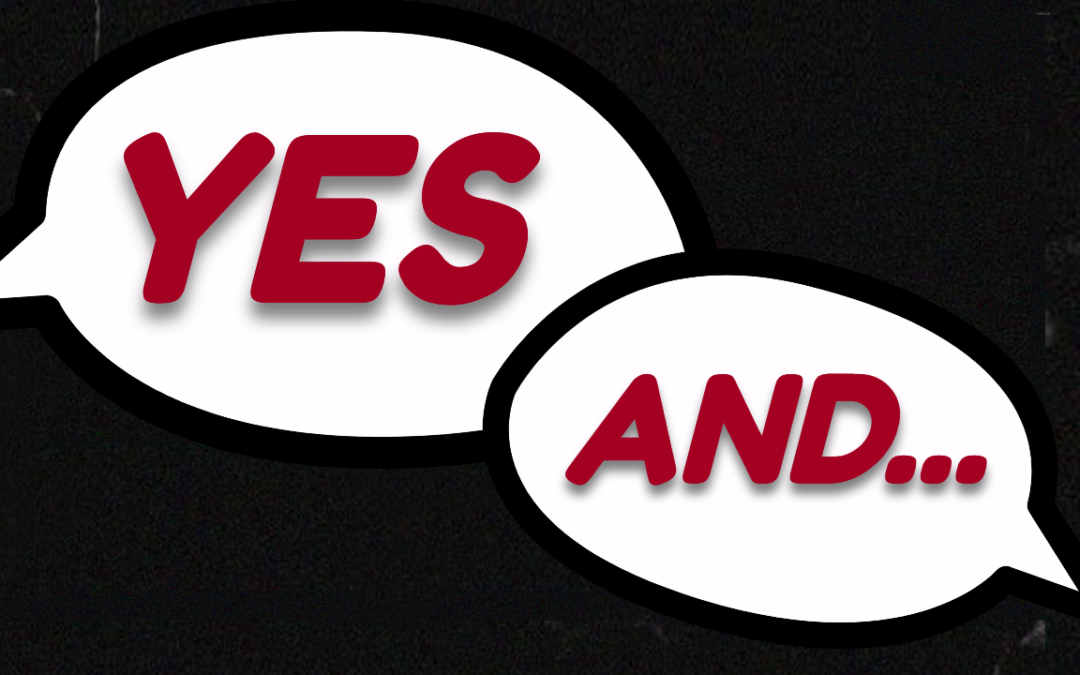 Let’s start with the obvious: A great open mic needs a skilled host.

It needs more than that, of course—a venue that understands and loves open mic for what it is, a co-organizer or two to help promote and manage the show, and (of course) performers. But the host is high on the sine qua non list.

Among their chief contributions to the show, the open mic host seeds the energy, sets the tone, tees up and enforces (gently) the rules, and creates continuity from the mic.

Respond rather than control

First, it’s important to know that hosting an open mic is not about controlling the show. More like responding to it.

As host, we arrive at our own event not knowing how many people will perform, the ratio of seasoned regulars to first-timers, or (depending on the house rules) whether they’ll read poems, sing songs, or tell stories. Even if the list is limited to a specific art form, throughout the show we know not what the next poem or song or story will be about, nor whether it will be raucous, poignant, or tragic.

It’s an unscripted string of 5- or 7-minute surprises, every time.

Transitioning between performers: the need to be nimble and creative

As an open mic host, you have an opportunity each time you take the mic between performers.

No one is rushed or interrupted. We all get a sense of completion, a moment to process the song or poem or story that just happened, and a little space before the next one commences.

To do this well is to be nimble. To be creative. To be ready and able to respond to whatever happens as it happens.

So this spring, I took a 6-week improv course at a local theater in Raleigh to augment my hosting skills, with that moment between performers on my mind. As the class bumbled through the games, our instructor Bryan explained what worked, what didn’t, and why.

Here are 6 things I learned in improv class and how you can apply them when hosting your open mic show.

Throughout the first class, I felt like an idiot. Every game we played had been a struggle—physical games, word association games, a game in which the only thing you say is “vroom”…I pretty much sucked at all of them.

As we wrapped, our improv teacher asked what we’d found difficult. As someone who self-identifies as highly verbal, my chief frustration centered on the lines. In each scene, I’d felt like I needed to say something interesting or unusual or funny.

Bryan’s advice: Then dare to be dull.

At which the anxiety centers in my brain sighed in relief.

As it does for the improv noob, for an open mic host this idea relieves a ton of pressure. Because counter to what your semi- or fully panicked interior commentary may be telling you, at no point in the show is there any need for you to be clever or memorable. No need to sound smart.

After kicking off the show, all you really must do each time you take the mic is thank the last performer and announce the name of the next one. And at the end, just thank the people for coming out.

It might sound dull, but that’s okay. And that’s the dare.

Another beneficial effect of daring to be dull is that it eliminates any sense of competition between actors in an improv scene. By not angling for the laugh line, you have the opportunity to set your scene partner up to take the glory.

This also applies nicely to the role of open mic host vis a vis performers.

When I talk about hosting, I often invoke a bit of wisdom from the inimitable Madison Mae Parker, erstwhile host of Mic Check Poetry in Bryan, TX, and I will do it again here: “This is not the Maddie Mae show starring Maddie Mae.”

Yes, you’re the host, but you are not the show. Your performers are the show.

Ergo, your mission is to set up each performer for maximum success. Everything you do should be geared not toward pulling focus onto yourself, but toward guiding the audience’s energy and appreciation in the direction of your poets, musicians, storytellers, and/or comics.

Yes, it’s fine to snag a slot and perform your own work. I especially recommend the host sign up for the first slot. Make yourself the warm-up act or sacrificial poet to transition the audience from that milling-around-the-room and finding-their-seat vibe, ease the crowd into a receptive headspace, and seed the room with energy.

But the driving principle bears repeating: You are the host. The performers are the show. If they’re amazing, your show is amazing. So help them be amazing.

3. Trust in the moment

Several of the improv games we played in class required us to step into a scene in progress, either to introduce a new character or sometimes take the place of another actor. Sometimes the goal was to continue what was happening and sometimes it was to move the action in a different—usually random—direction.

Nearly every time, we had to make this move before we felt ready.

Our instructor’s advice on this was to trust in the moment. Meaning, don’t wait until you feel ready, but rather step in and trust yourself to figure it out as you go.

Applied to open mic, trusting in the moment means not spending a performer’s slot preparing your next interlude. It means listening to each poem, song, or story—like, really listening—and walking up to the mic even if you don’t have a comment prepared.

But take heart, because no matter how short your slots are, a lot happens when a performer is at the mic. There’s the performance itself—a song or two, a 5-minute story, a half dozen haiku—plus their intro comments, tuning/retuning a guitar, adjusting the mic height, audience reaction to the first piece, intro comments about the second piece, etc.

Any one of those things can inspire a good segue. You might clarify a house rule, encourage singalongs, thank your co-organizer for offering up a capo, whatever.

Your words don’t need to be perfect, just reasonably appropriate to the moment. This will help your transition feel less forced and more fluid, helping create that organic, ephemeral magic that epitomizes open mic at its very best.

Related: 12 Tips for Open Mic Hosts: How to Be Flexible, Fair, and Fluid

In improv class, we learned that the most important thing to any scene is not the action (what the characters are doing) or even the dialogue, but the relationship between or among them.

This concept is especially helpful for the more difficult moments that can arise at open mic—emotionally vulnerable poems, forgotten lyrics, dropped papers, awkward technical issues, performers who struggle to finish their piece at all.

When hosting your open mic and especially when transitioning after a performer who struggled, focus your comments on the person, not the performance:

Pretend it’s a short conversation between the two of you, and focus on getting to know them better.

A few times during our improv course, one of my fellow classmates managed to engineer a satisfying moment by mentioning something that had happened earlier in the scene. This worked, said our instructor, because a callback makes the audience feel like they’re included in the joke.

The good news for the open mic host is that synchronicities happen at open mic so often and so organically that all you have to do is watch for them.

Some—like holiday poems or songs about recent events in the news—you can predict. Others are situational to the show: a storyteller’s tale takes place on a farm and someone who follows reads their favorite Ted Kooser cover.

(This is not a hypothetical, but a lightly buffed example of something that happened one night at Tongue & Groove.)

However it happens, when you spot a magical coincidence, use your interlude to shine a light on it. If the audience has noticed it (and they probably have), hearing you call it out will amp their delight by creating a sense of inclusion—bringing everyone in the room into a magnificent creative conspiracy.

IMHO, a local improv class is a fun and effective—if intensely awkward—way to build your skills in the absence of host-specific training.

Because for whatever reason, I’ve never seen a workshop for open mic hosts. Nor do I get useful results for search strings like “how to get better at hosting an open mic.” In this regard, the internet truly fails us hosts in a big way—netting little more than Captain Obvious advice like “find a venue,” “set the date,” and “promote your event.”

(That lack of info—and an overflow of strong opinions on all things open mic—is why I built this site.)

And aside from learning by doing, the only other way I’ve found to improve my skills is to go to a lot of open mics and take notes. A few years back, I also asked a few of the best hosts I’ve seen for their expert perspectives and tips, so check those out too.

My aim, always, is to do right by the performers who bring their tender work to my open mic stage and, perhaps, to help other open mic hosts do the same.

The better we are, the better our shows are, the stronger our creative communities can become.