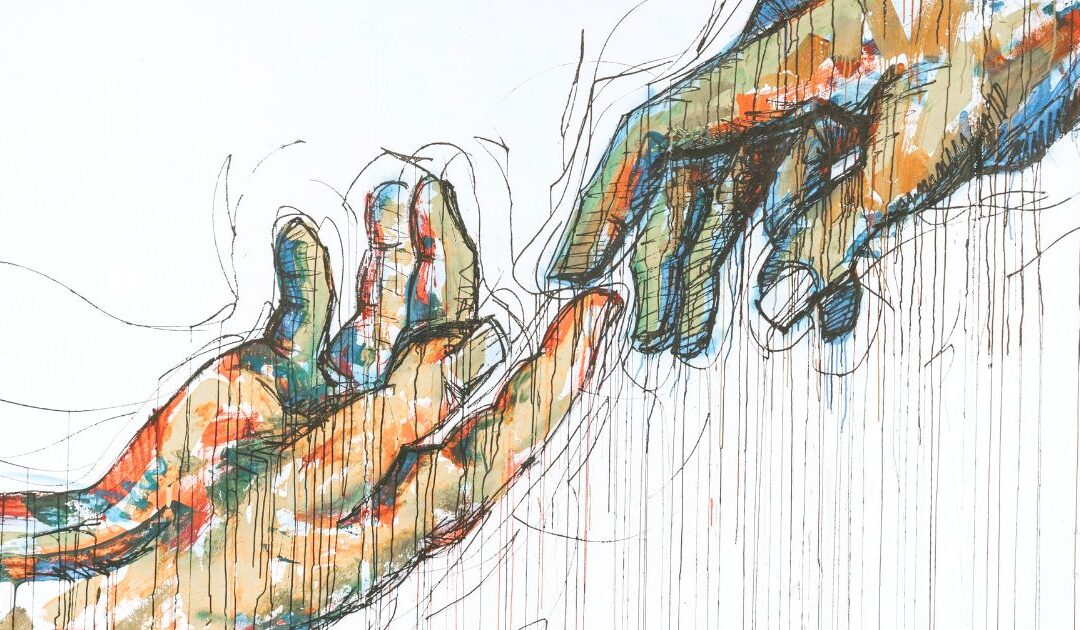 Last time, we covered how open mic makes us better listeners—active, attentive listeners. Listeners who know our turn is coming (if we signed up), and so can shift out of listen-to-respond mode and into the sweet and all-too-rare state of listening to understand.

That alone should put open mic high on the list of assignments meted out by counselors and life coaches. That alone makes it a lifesaver, an instrument for making the world a better place.

At open mic, we’re not listening to math lessons or quarterly earnings reviews or technical root cause analyses. We’re listening to the creative work of people who, for the most part (the occasional open mic tourist excepted), live where we live.

The lives of our neighbors.

Listening in on a life

Open mic is a creative outlet. The mic is there for anyone who wants to share something they created. But what inspires that creativity?

Nothing more or less than lived experience—from misery to glory, delight to despair. Creativity arises from the mashup, rapid-cycling, and wandering around within that spectrum.

It goes like this: Something happens to you. Or you witness something happen to someone. Maybe someone you love. Maybe lots of somethings, or the same something on repeat. Whether that something wounds or thrills, a creative person responds by creating—a poem, a song, a story.

They bring that creation to open mic and we, the audience, get a firsthand account of that something. We are invited to know and understand it—how it felt, what it meant, why it was wonderful or tragic or otherwise remarkable.

Every slot, a crash course

At open mic, every slot is a crash course in what it’s like to be someone else. A 7-minute trail of footprints in which we might step. A view into someone else’s emotional landscape.

These are stories told by people who spent hours finding the best words to help us see what they saw, feel what they felt, and know what it was like. On any given night, you can experience a little piece of the lives of people who—I guarantee—have done or felt or been something that you have or are not.

Sure, the deeper themes are familiar—love and heartbreak, struggle and loss, beauty and truth, purpose, childhood, family, work, sex. But the particulars vary (maybe a lot) from your lived experience and from the way you would or did respond to whatever inspired the poem or song or story.

At open mic, every performer makes of their slot a window into one of the rooms where they spend time. And we, the audience, are invited to stretch up on our toes, bring our eyes right up to the glass, and look around as they give us a tour—of the whole room, one quiet corner, the sharp edges of the furniture.

The structure of open mic casts a light so we can see into that window. It cups our hands to reduce the glare.

This holds true even for covers, when we as performers say to the audience, Listen! These words say something I believe. These chords, this rhythm carry a feeling so big that my cup runneth over.

And because of the way open mic is structured, we listen. Our mirror neurons fire. And we feel it too.

Each slot is an opportunity to sit within someone’s joy or grief or awkwardness or confusion, and to orient ourselves in relation to it:

Because empathy softens us and moves us toward one another. It connects us in a meaningful and needful way, which might just be the linchpin of a fulfilling life.

Empathy is perspective made visceral, like a video game power-up except IRL.

To paraphrase Brené Brown, empathy is the opposite of scorn and scorn’s younger but equally self-righteous cousin, judgment, which withers and ossifies mind and heart, leaving us smaller, harder versions of ourselves.

Empathy is a precursor for compassion, patience, and kindness. It’s the secret to happy relationships. It undermines and reduces stereotypical thinking and opens our eyes to privilege, but—and this is important—without shame.

Watch a little more of Brené Brown and she’ll tell you that empathy is an antidote to shame. It’s a warm and warming air that rises and glows and carries us up and over and into a richer, fuller humanity.

(Said Elizabeth Gilbert on an episode of Magic Lessons, her short-lived but killer podcast about creativity, “there’s a reason the Arts are also called the Humanities.”

And my favorite reason: Empathy reminds us that we’re not alone.

More than we signed up for

Look, I’m not saying that poets and musicians become open mic regulars in hopes of setting a Guinness record for understanding. We come to share what we’ve created, to strengthen our voice, and to get more confident at the mic.

Related (for performers): Why you should become a regular at your local open mic

Likewise the audience—often our friends and family—come mostly just to support us. Or maybe for a cheap ticket to a potentially great time.

And I’m not saying your local open mic host and organizers are necessarily motivated by the lofty notion of making their city a more compassionate place. We do it because we love it—altruism, sure, but of a specific sort: because we think every city needs a place where amateurs can take that first step toward become artists.

What I am saying is that what we all get, whether we mean to or not, is a bit more than what we signed up for.

Which brings us to my final trick in this series:

Next time I’ll connect the final dot and unpack a few ways—some obvious and some less so—in which open mic builds courage and resilience.