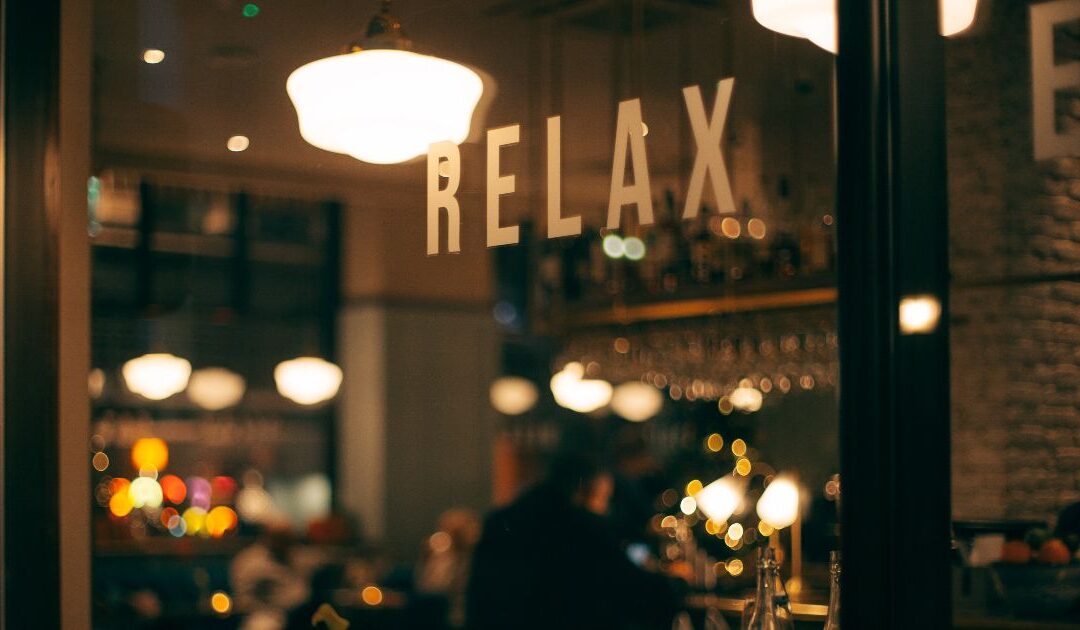 At my first open mic, as the host worked his way down the list and my slot got closer, I suddenly found myself wishing for a guitar.

When the musicians stood on stage, they didn’t look alone. They had a safety blanket. Something between them and the audience, and something to augment their voices and help fill the room.

In retrospect, I should’ve borrowed one and met my self-consciousness head on. Based on what I know now about the people who go to open mic, I could’ve said, Hey there, I’m a little nervous so I’m just gonna sling this guitar over my shoulder, which I don’t even play, and rest my arm on it while I do this poem so y’all don’t notice the weird tic my left eye started doing 5 minutes ago.

I’m 100% certain they would all have understood.

Regardless, I managed to survive the jangling buzz in my head and hands. I read the poem, and I came back the next week and did it again.

That was about 10 years ago.

Now, as host of Tongue & Groove, I love to see first-timers—poets, musicians, storytellers—step up to the mic and add their voice to the vibrant conversation that is Raleigh’s local art scene.

So if you’re considering trying open mic for the first time but you’re still on the fence, here are a few suggestions meant to give you a boost and make it just a little easier.

A few of these tips are specific to open mic poets, but most hold true no matter what you’re bringing to the stage.

1.  Bring at least one poem

Many a poet or musician shows up to open mic for the first time with no intention of performing.

I’m just here to listen, they say, when the organizer offers them the sign-up list and a pen.

And I get it. You want to make sure it’s safe, that your work will fit in with that of the other performers, that this isn’t a roomful of assholes bent on harshly judging this tender thing you assembled within the most private rooms of your heart.

But across ~5 years of hosting my own show and 50+ open mics I’ve gone to in 33 states, I’ve never seen a host or an audience that couldn’t be trusted with a fresh voice. And I’ve seen more than a handful of tentative poets, so buoyed by the energy of a receptive audience and encouraged by the range of talent, that they added their name to the list mid-show.

This is why a good open mic keeps the list open until all the slots are filled. It’s also why a good host—like Kelly at the Bozeman Poetry Collective—develops a sense for when there’s an unread poem in the room.

Put a poem in your pocket—by which I mean the notes app on your phone or a Google doc you can get to on demand (see Tip #3)—and keep an open mind.

Better yet, bring 2 or 3 poems. Make one of them a cover. A poem you love that you think everyone should know about. One that’s important to you but perhaps not as personal as your originals. This gives you a less nerve-wracking option—something you can read with feeling but without baring your very soul.

Remember, you can’t read what you didn’t bring.

At most open mics, performers don’t have to sign up in order, but rather can pick their preferred slot. So get there early and sign up somewhere in the middle.

That will give you time to feel the rhythm of the show, to see how the host tees up each performer, to take in a little Dutch courage if you like (assuming the venue serves drinks), and to see how other poets and players introduce themselves.

Need help coming up with an intro? Here’s some tips on how to introduce your song or poem.

It also gives you time to see that an open mic is not Showtime at the Apollo. There’s no gong. There’s no hecklers. Just a roomful of people who want to hear your work and give you all the love and encouragement of a warm round of applause.

Why halfway and not earlier in the line-up?

Because often, the first few slots go unclaimed. If you sign up as #5 of 20 and no one signs up for slots 1 through 4, you just became the show opener. Halfway down is a safer bet.

Why halfway and not later in the line-up?

Because even with all my ardent assurances, you’ll probably be stressing until your turn is over—silently rehearsing your poem, sipping that drink, fidgeting, and otherwise not really able to listen as closely as you might like to the other performers. By putting yourself halfway down, you’ll be able to truly enjoy at least half of the other poets and musicians on the list.

3.  Read from your phone

In my experience, it’s a rare open mic that has a podium or even a music stand. So you’re almost certainly going to be standing at a mic with nothing on which to set a piece of paper.

And in a nervous hand, paper trembles.

I’ve seen poets betrayed by paper even when they seemed calm in all other ways—confident walk from chair to stage, easy banter at the mic, strong voice behind their poem, all the signs of someone undaunted. And yet, the paper they held shook so hard, they could barely make out the words.

So either bring a nice, sturdy folio to brace that piece of paper, or read from your phone, tablet, or another device made of heavy metals AND that lets you magnify the text and scroll as you go.

If you insist on bringing your poems on paper, at least type them up in a nice, big font.

Nerves can make your own handwriting surprisingly hard to decipher. You don’t wanna be That Poet who spends half her slot squinting at the pages of her journal and forced into a jittery apology for not knowing what the hell she wrote.

Which is important because unless you’ve picked an open mic that specifically calls for the unedited ramblings of your diary (and they do exist), the host and audience are expecting to hear something not just written, but wrought.

5.  Tell us how you’re feeling

Announcing your nerves undercuts the anxiety you may have about concealing them. And besides, there is no group of people more empathetic to a nervous performer than an open mic audience.

Every one of us had to muster the chutzpah to do this the first time we tried it. We remember it well and more importantly, we want you to feel good about what’s about to happen at that mic.

It’s not just okay to tell us it’s your first time, it’s something of a tradition. Because we, the open mic regulars, don’t just accept first-time performers, we celebrate them.

If your voice cracks, it’s okay.

If you forget a line, it’s okay.

Even if you have to start the poem over. Even if you thought you could do it from memory and you lost the thread and have to refer to the page (or your nerve-concealing digital device…see Tip #3).

If your audience is like every open mic audience I’ve ever seen, they’re gonna keep encouraging you until you finish something. So take a breath, find your line, and play through to the end.

9.  Give us a sign when your poem is over

Nod your head, step back from the mic, change the inflection of your voice, look up from your phone (see tip #4) and say “thank you.” Something…anything that tells the audience it’s our turn to feed some energy back to you. To show you that we came to listen.

Because no matter how that poem went, we want to clap. We just need a cue.

Related: How to Do Open Mic, Get Applause, and Never Feel Awkward Again

10. Come back next month

It gets easier every time, and the rewards for becoming an open mic regular are legion and available to everyone.